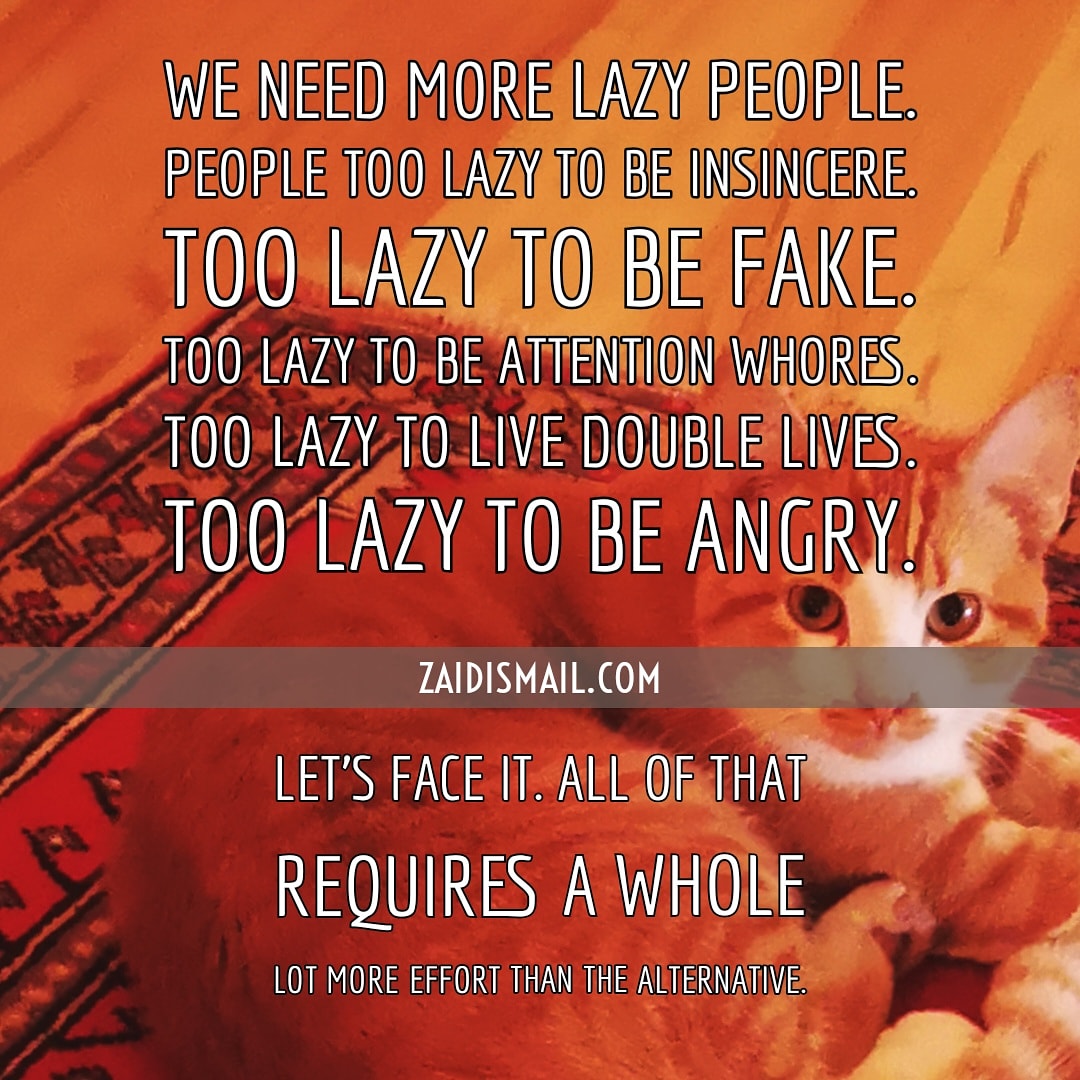 People too lazy to be insincere.

Too lazy to be fake.

Too lazy to be attention whores.

Too lazy to live double lives.

Too lazy to be angry.

Because face it. All of that requires a whole lot more effort than the alternative.

Imagine what life would be like if we put all that energy for fakeness into something that actually brings us true joy?

Not sure where to start? Let’s chat about a coaching approach that is affordable and works for you.

I do in-person and virtual consultations, so it doesn’t matter where in the world you are. From only US$30 per session, it’s more affordable than you thought.