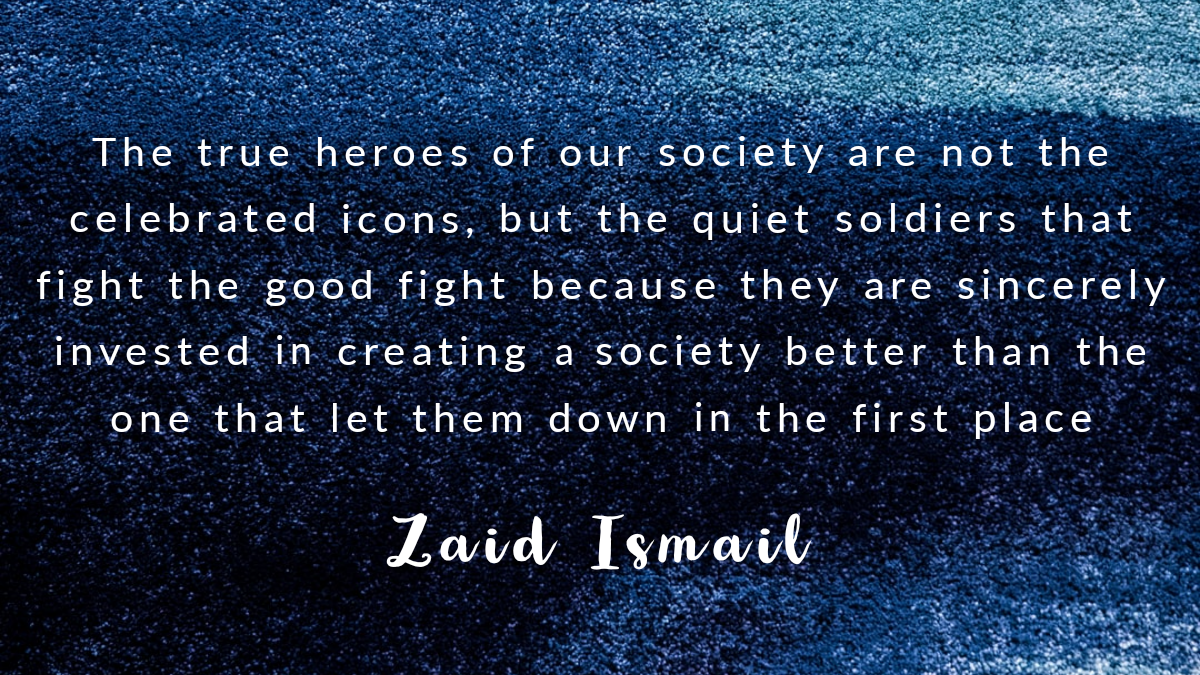 So, I wonder, what are the real difficulties with single parenting? It’s not only the obvious stuff, like having to carry the load for two people, or having to struggle with a split personality of being both good cop and bad cop. It’s much worse than that. As a single parent myself, I can identify with this struggle very deeply. Here’s a brief list of some of the more prominent themes that single parents must deal with on a daily basis.

The one that shows up to raise the kids is the one that also has to deal with the influence of the absent parent. But, don’t assume that the influence that I’m referring to is only there if that parent has access to the child. No. In fact, I would argue that it can sometimes be worse when they have no access because then it’s double-jeopardy.

Not only do you have to deal with the anger and feelings of abandonment of the child, but you also have to deal with the imaginings of the child in their efforts to try to behave in a way that they think their absent parent might notice them. Add to this the already burdensome effort of holding it together for two parents by yourself, and it’s more like triple-jeopardy.

Finding a balance between limiting the negative influence of the ex, and allowing your child to discover the truth about them through time spent with them, can sometimes save your sanity. If you don’t have a support structure to ease this balance, proceed with great caution, and even greater mindfulness.

Another common theme that single parents have to deal with are the outbursts of blame from their children which only get worse during their teen years. That blame is impossible to lay at the feet of someone that isn’t around, leaving the only available target being the parent that is actively involved in raising their child.

To be blamed for their other parent not being around, or for not having a normal family like other kids is par for the course in a single parent home. Hearing accusations from their child about feeling unappreciated because if so-and-so was there, they would probably have more time or more interest, and so on and on and on becomes a common theme that is not always spoken out loud, but very often implied in the behaviour of the child.

Add the tons of guilt already harboured by the single parent for not being able to provide a wholesome and ‘normal’ home for their children, and this is something that could test the patience of an angel.

The joys and pains of childhood

The early years, and even the tween and teen years are supposed to be the best years of bonding between a parent and their child. Single parents are often denied this joy because those are the most troublesome years for children that are still struggling with feelings of abandonment or anger because of the absence of their other parent. If anything, this is the most common scenario in which the single parent has to be good and bad cop in order to curtail unhealthy behaviours and a toxic mindset from setting in.

Striking a balance between discipline and affection becomes difficult because being in it alone, there is a constant struggle of conscience between when affection may be interpreted as condoning bad behaviour, and when discipline may be seen as denying affection. If anything, this is probably the most difficult struggle for a single parent.

This struggle intensifies if they simultaneously feel denied the joy of bonding and enjoying their child during the most innocent years of their lives, simply because they have a partner, or an ex-partner that doesn’t pull their weight for their children. Some are fortunate to have a support structure that cushions this blow because they had a good upbringing themselves.

Unfortunately, many single-parent homes are that way because the adults had poor role models on which to inform their decisions in their marriage. This could have directly led to the breakdown of the relationship in the first place. In such an instance, the support structure that is needed is not one that is available or reliable, because it threatens to entrench the very same values in the children that caused the problem in the marriage.

Having extended family to share the load can be a blessing, but can often also be a burden. If the extended family doesn’t share the same values with which we want to raise our children, it creates a tension where there should have been ease. Trying to maintain good relations with our extended family because we want to teach our kids to do the same, while also limiting the influences that we disapprove of becomes yet another juggling act that we must master.

Finding a balance becomes that much more difficult when the extended family is also the primary social circle as happens to be the case in many traditional family structures.

Single parents make more social sacrifices than anyone else. Those that don’t make such sacrifices often suffer either with the guilt of not doing enough for their children while taking some time for themselves, or they face the wrath of the intolerant child that uses every excuse to reinforce their feelings of abandonment by laying the guilt on thick and fast when they’re not the focus of attention.

Worse than this, the aftermath of a bad relationship often means that the social circles that once provided comfort and support are no longer available to the single parent. Even if it is, the conversations often have an undertone (sometimes not so subtle) about everything that’s wrong about the ex, or sometimes reminiscing about how it could have been if only…or worse, pity.

That show of excessive concern and sympathy for the condition of the single parent who apparently doesn’t have a life because of all their sacrifices for their children do nothing more than reinforce the internal conversations that drive the single parent crazy in their alone time at home. In other words, by focusing on how difficult their life is in our efforts to acknowledge their bravery, struggle, effort, etc. only reminds them of what they already know.

Finding a balance between appreciating their commitment and allowing them a breather to feel normal and un-judged is the best thing you can do for them. If you really want to be a benefit and blessing to a single-parent friend, don’t spend time reminding them about their struggle. Listen to them patiently if they want to blow off some steam, or even if they just need to get an alternate perspective. However, you must encourage them to rise above it all when you find that they have an unhealthy fixation on everything that is weighing them down.

Filling the void left by the ex

We all need to belong, or at the least, identify with the roots that shaped us. It helps us to make sense of who we are, and more importantly why we are who we are. As kids mature and start developing their own identity, they are inclined to want to know what they inherited from which parent. The moment they recognise that they have a trait or interest that is not in common with the parent that is raising them, the questions begin to drive them insane about the absent one.

Sometimes, as difficult as it is, it is somewhat easy to fill in the blanks for them. Especially if the ex is not particularly deserving of tar-and-feathers, or worse. In other words, if the ex became the ex simply because the relationship wasn’t healthy and not because they behaved really badly.

However, when the ex turns out to be a real piece of work, and our greatest fears about raising our children is for them not to be like the ex at all, every conceivable alarm bell goes off when we begin to see those toxic or self-destructive traits begin to emerge in the characters of our cherished little ones. Having a healthy sounding board to stop ourselves from growing paranoid about our concerns is the best path to maintain our sanity at such times.

If you don’t have that sounding board, you need to ramp up your efforts towards mindfulness and self-awareness, because you are your best and worst critic. Knowing how to spot when you’re good or bad to yourself is more valuable than any other support structure that you may think you need.

Do single parents get a ‘Get out of jail free’ card?

Single parents have to have broad shoulders with less resources and even less support, because as mentioned above, the aftermath of a bad marriage or relationship, or sadly no relationship at all, often makes holding on to our old support structures very difficult. In a society that is excited by the opportunity to be able to judge others on social media, developing trusting friendships or support structures as a single parent becomes that much more difficult.

So, do we get a ‘Get out of jail free’ card? No. The moment we look to take the easy way out, we become no better than the one that abandoned their children to begin with. More importantly, the moment we think of abdicating our responsibilities as single parents, we create in our children the very same cycle that destroyed our hopes of having a wholesome family.

Where to from here?

Investing in our own wellbeing is as critical, if not more critical in our efforts to break the cycle that got us into this mess in the first place. Yes, our children are not a mess, and neither is our effort to raise them well. But, if the net effect of our lives weren’t a mess, there would be no need to write this article, and no need for you to read it.

So, do what single parents do best. Keep it real, and face down the demons that threaten your sanity and question your self-worth. Start by investing in who you are, and get to know yourself better than any friend or therapist could ever get to know you. And the starting point is to understand why you are the way you are, so that you may be able to embrace that reality, and consciously choose, with kindness, what it is that you wish to do differently in future.

Don’t look at your children and question how you may have let them down. That betrayal of their trust in this world was a joint effort with your partner at the time. You’re still here and trying to make the best out of a bad situation. Focus on that, and take joy from the small successes, because it is the small successes that leave a lasting imprint more than the big ones.

The true heroes of our society are not the celebrated icons, but the quiet soldiers that fight the good fight because they are sincerely invested in creating a society better than the one that let them down in the first place.

You, the single parent, are one of those heroes.

No single article can do justice to this topic. But, I hope that this small effort will be enough to remind us that not everything is what it seems in a single-parent home so that we as a society will be able to develop more empathy and support for those that are desperately trying to break the cycle of dysfunction that we see around us.