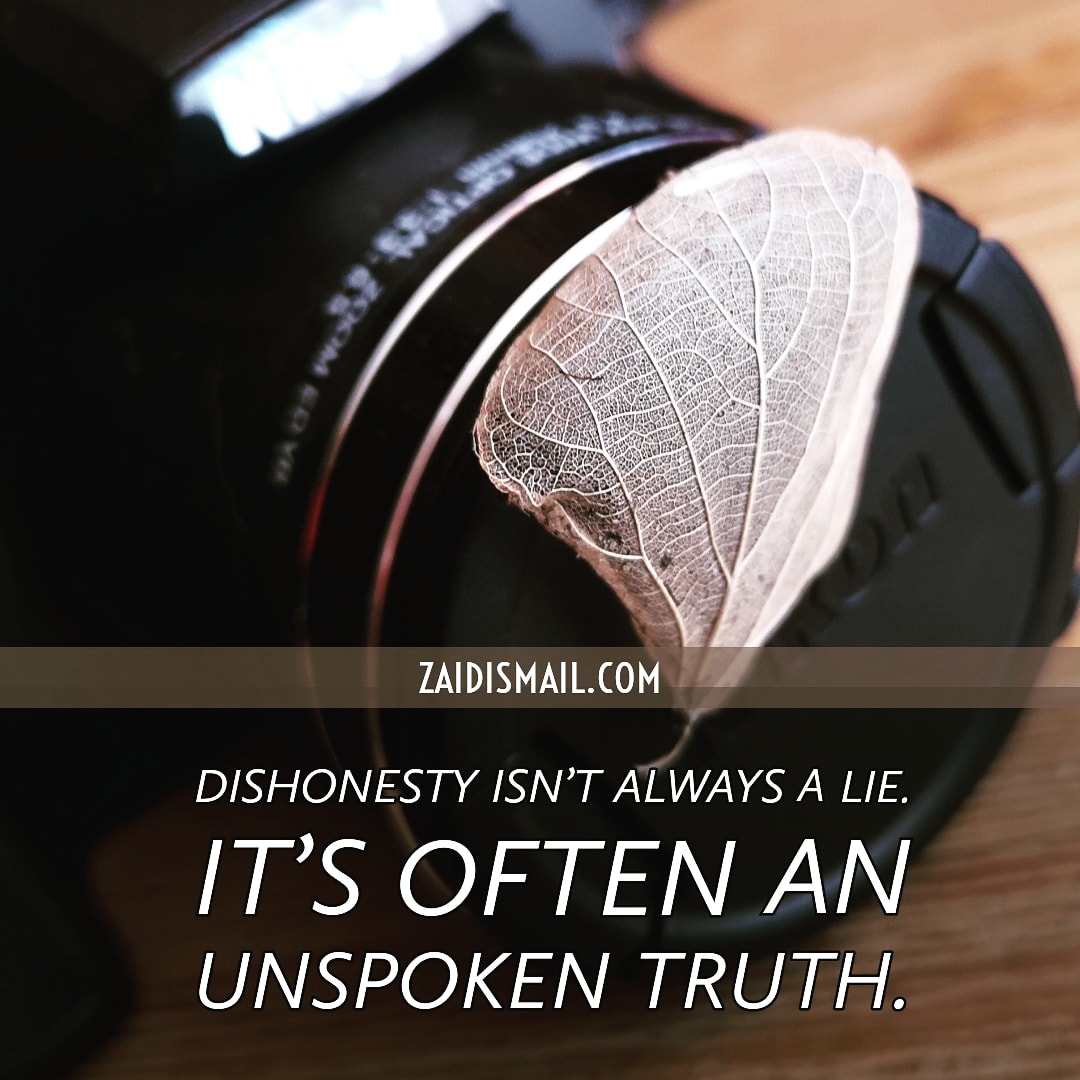 We remain silent when we feel threatened by the revelation of the truth.

That threat is not always about exposure of who we are. Sometimes, it’s because we don’t want to bear the responsibility of meeting the expectations that are raised if we spoke out.

Like speaking out in defence of the truth, or vouching for someone’s character, or giving due credit. It all demands that we follow through with sincerity and consistency.

This is most often the reason why we choose to be dishonest and remain silent, instead of speaking out and accepting the responsibility of the consequences.