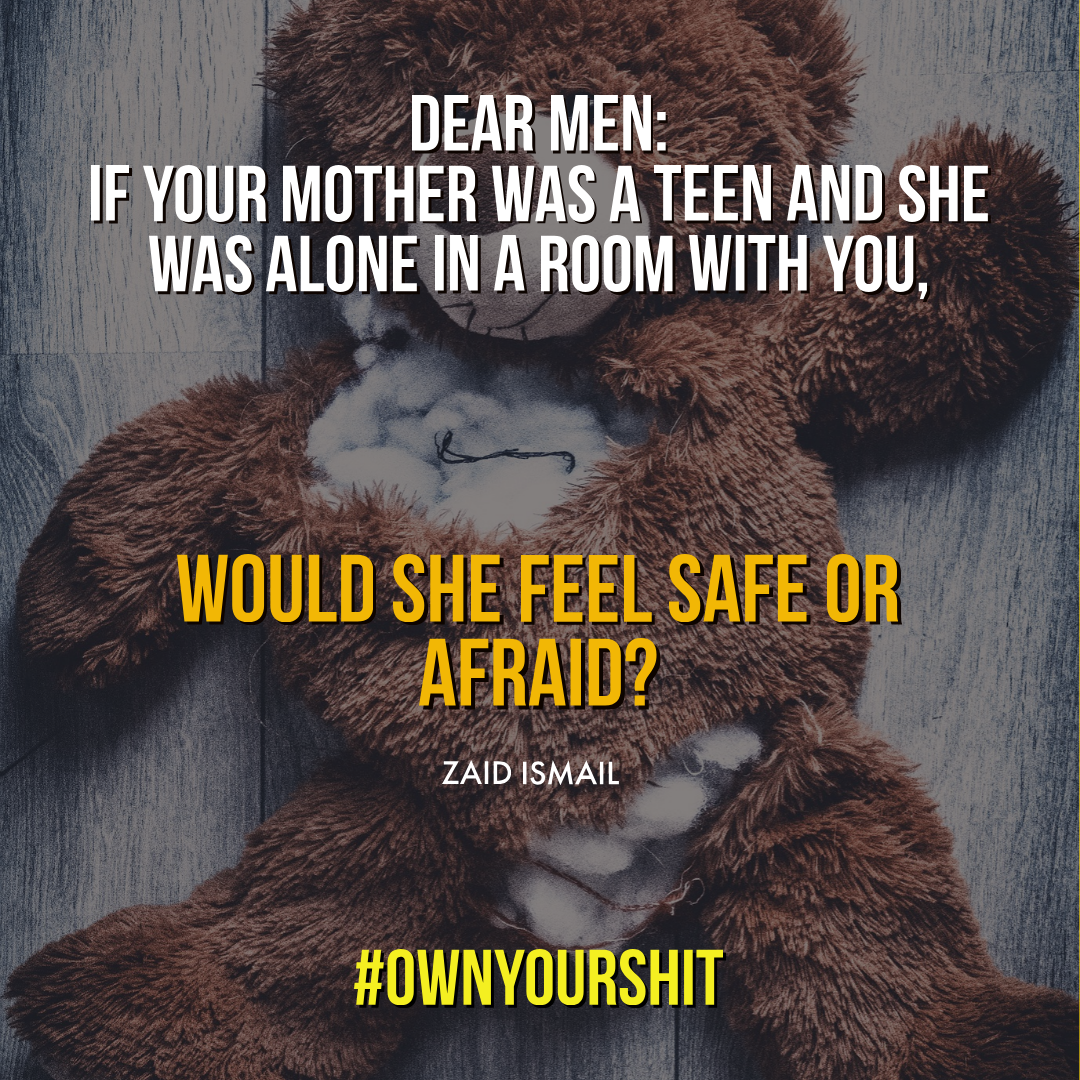 This is for the men out there. The ones who need to consider what they have become when they find it excusable to strike a woman, or worse, to violate her, or kill her. And for those that may not have been raised by a loving or caring mother, because we know they exist as well, do you really want to be like the monster that raised you? Be better. Own Your Shit and stop finding reasons to blame society for your despicable behaviour.

No, we are not all trash. But there is trash amongst us. Those of us that see and don’t speak or act against that trash are trash as well. But we are not all trash. You don’t resolve a problem by painting everyone with the same brush. You resolve it by supporting those that are trying to correct the wrongs and the toxic ones of their own kind. When you demonise the good for the actions of the bad, you feed the cycle of toxicity and abuse that you’re fighting against. Now is not a time to stereotype and generalise. That’s how we end up with polarised positions and the xenophobic insanity that we have in this world at present. Now is a time to be clear and decisive against what is intolerable, and supportive of others that find it equally intolerable.

You can start by objecting to posts that objectify women, or that create comedy out of women being treated badly, or men that refer to women using derogatory terms because it makes them feel macho. Start by calling out those that think it’s OK to undermine the dignity of women, or who blame women for the choices that they’ve made. Start by objecting to what is intolerable, and perhaps we’ll find a path that will allow the human behind the trash to emerge.

Bad behaviour only gathers momentum in a system that encourages and supports it. A system is useless if it doesn’t get the support needed to nurture it. These systems of abuse and vile behaviour are spawned by cultures steeped in misogyny and inequality. If you defend such cultures out of loyalty, you are trash as well. And it’s time to call it what it is. The next time you decide to raise your hand for a woman, or you decide to take what you think is yours to take without permission or kindness, I dare you to look into the eyes of the one you’re abusing, not at their face that is distorted in pain so that you can see your own pain. Not at their writhing body that is trying to break free of your hold because it reminds you of the cruel hold that others have over you. And definitely not at their weakness because it reminds you of your weakness that you’re trying to deny. Look in their eyes and see the same human need for protection and kindness that you think was denied to you and consider that you have just become part of the problem that robbed you of your humanity.

P. S. Sadly, from personal experience, I know that this applies to both men and women. There is trash on both sides of the gender divide.